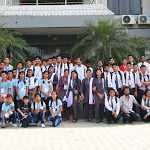 All-Nepal Asteroid Search Campaign, September 3-30, 2018 which was focused on province 1 with 17 different schools from the province resulted with ninety-seven asteroids discovered! The discoveries are of preliminary status at the moment. There will be follow-ups for the discovered objects and if confirmed will receive provisional status. We look forward to some good […] 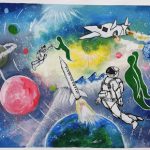 We are pleased to announce Ms. Shruti Gurung, Class 8, Adhyayan School, Kathmandu as the winner of the Public Choice Award of the NASO 2nd National Space Art Competition 2018! Her artwork ‘Human Beyond Humanity’ scored the highest points to become the winner this year. As a part of the award, she will receive a gift […] 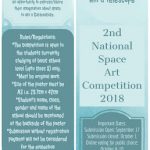 Today is the first day of the World Space Week 2018 (WSW2018) and we have opened voting for the top 20 arts submitted at the NASO 2nd National Space Art Competition 2018! The voting remains open till midnight, October 10, 2018! Click here to vote for your best space art. How to vote?The voting is […] 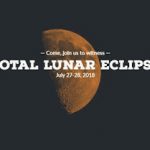 Join us during the longest Total Lunar Eclipse of the 21st Century!

On July 27-28, 2018, humanity on earth will witness the longest lunar eclipse of the 21st century. In order to provide you an opportunity in Nepal, we will be hosting an observation on that night from our office with our different telescopes.  Don’t want to miss the opportunity? Click here to register now!  Attending the […] 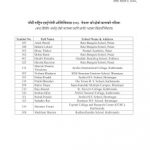 We are pleased to announce the result of the pre-closed camp of the 5th National Astronomy Olympiad 2018. The pre-closed camp was held during May 25-June 30, 2018. The first round i.e. entrance exam of the 5th National Astronomy Olympiad 2018 was held on Saturday, February 17, 2018. Based on the performance of the participants, […] 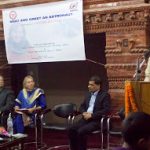 Meet and Greet an Astronaut with Dr. Sandra H. Magnus and Award Ceremony!

Nepal Astronomical Society (NASO) in association with Nepal Academy of Science and Technology (NAST) organized an event to award and motivate the young generation working in the field of science in Nepal. The chief guest of the event was Dr. Sandra Magnus (Former Astronaut of NASA) who helped students in the program to know about […] 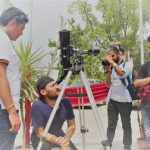 We are pleased to announced the result of the 2nd NASO Women in Science Award 2018! This year the student and professional categories will be awarded to Ms. Shreeti Shrestha, B.E. Computer Engineering student at Pulchowk Engineering Campus, IOE, TU and Er. Promosha Mishra, Computer Engineer at Nepal Electricity Authority (NEA) respectively. The award includes […]

Do you have a question to an Astronaut? Submit now!

We are pleased to announce that former NASA Astronaut Sandra Magnus will be among us during our collaborative event with Nepal Academy of Science and Technology (NAST) during 11:00 AM- 2:00 PM on Wednesday, May 30, 2018. We have opened a call for ‘Ask an Astronaut’ (http://bit.ly/2ILEpty) which closes on Friday, May 25, 2018. We […] 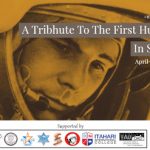 IDHSF2018Nepal: A Tribute To The First Human in Space!

To mark the historical day of the first human in space on April 12, 1961, Nepal Astronomical Society (NASO) had a week long celebration as ‘ A Tribute To The First Human In Space’ durng April 6-13, 2018. On April 12, 2018, Russian Cosmonaut Yuri Gagarin went to Space and spent 108 minutes around the […]