International Day of Cosmonautics and Aviation 2015 in Nepal!

Nepal Astronomical Society (NASO) is pleased to announce series of programs during this month to celebrate ‘International Day of Cosmonautics and Aviation 2015’ in Nepal. This year, we will be screening a docudrama SPACE RACE, produced by BBC in 2005, in order to give a clear perspective of the development on space sector during the year […] 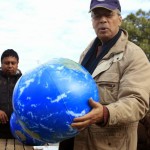 Nepal Astronomical Society (NASO) in association with Sano Sansar Youth Hostel organize an interaction program to welcome International Year of Light and Light Based Technologies (IYL2015) at at Hattiban Resort, Pharping, Kathmandu, Nepal. During the program, Er. Rishi Shah, Academician at Nepal Academy of Science and Technology (NAST) and Advisor/Patron at NASO share his experience […] 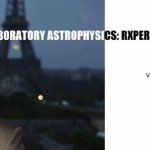 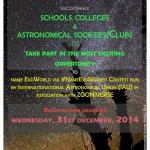 Nepal Astronomical Society (NASO) invites you to participate in #NameExoWorld Contest and Cosmic Light, two major International Astronomical Union (IAU) projects to celebrate International Year of Light 2015 (IYL2015). What is NameExoWolds? It is a global contest where everyone can participate to propose the name of the ExoWorlds. To propose the name, you need to […]

If you are looking for some good time with shooting stars, tonight may be memorable night for you! So, get ready for an exciting stellar circus in the night sky tonight!  Geminids are associated not with a comet but with an asteroid – the 3200 Phaethon. The asteroid takes about 1.4 years to orbit around […] 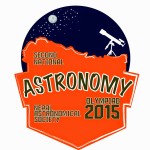