Nepal Astronomical Society (NASO) is pleased to announce 3rd National Call Astronomy Olympiad Logo Competition 2015- Nepal today! With the success of our logo competition in 2013 and 2014 which provided hundreds of designers to share their creativity with us, we are looking forward to more creations this year from both science and non science […] 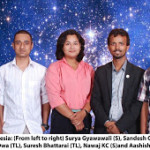 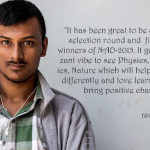 We are pleased to announce the result of Second National Astronomy Olympiad 2015 (NAO-2015) which was held during January 1-June 20, 2015 in Nepal. The program was conducted in two round and top five students have been decided as winners of this year’s competition based on their overall performance during the competition. We would like […] 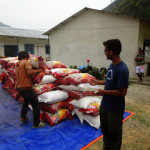 Nepal Astronomical Society (NASO) in collaboration with Cygnus Aerial Photography, Bangladesh has completed surveying areas affected by the earthquake of 7.9 M on April 25, 2015. The operation was carried out in order to send a strong message to our government that we must embrace this technology in order to monitor disaster in our country. […] 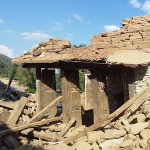 ***Support our crowd funding campaign*** April 25, 2015: 11:50 AM:: People were doing here and there at this Nawalpur Bazaar. Some people were busy for training and some with their regular Saturday business 11:58 AM::All the houses of this bazaar fell down expect the one standing in the middle and you can only hear people […]

A two day GTTP workshop was organized  by Nepal Astronomical Society (NASO) at Motherland  Higher  Secondary  School  (MLHSS),  Pokhara  from  February  20-21, 2015. The program was conducted in Association with Global Hands on Universe (GHoU) and Pokhara Astronomical  Society (PAS) worked as local organizer of the event. Altogether sixteen Science teachers of  different schools at […] 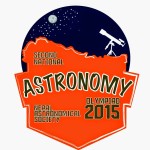 After the several request from the high school students about the time constraint due to pre-broad exams at their college, application deadline for the Second National Astronomy Olympiad 2015 (NAO2015) has been extended to April 10, 2015! Late Application Deadline is April 17, 2015 APPLY NOW           The first round of selection is scheduled […] 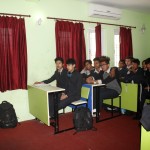 An interaction on Astronomy, Astrophysics & NAO2015 at Orient College Kathmandu!

Unlike our previous interaction sessions, today’s morning remained busy with an interaction program with the A-Level students at Orient College, Banbsari, Kathmandu, Nepal as we got an invitation by Surgeon B.C., Coordinator, A-Level at college to host an interaction for his students. During the interaction, we explore the interest of students on astronomy and brief […]

We are pleased to announce a series of program on astronomy and space science for the month of April as our support to the Global Astronomy Month 2015 (GAM2015).  To know more about GAM2015, feel free to watch this official trailer: For complete and updated list of our program, please feel free to check our UPCOMING […]