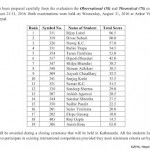 Congratulations to the Winners of NAO2016! 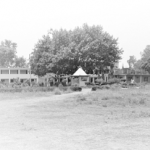 Faculty of Science and Technology (FoST) at Mid-Western University (MWU) in association with Scientific Society of Nepal announces National Conference on Science and Technology 2016 (NCST-2016) during September 24-25, 2016 at Birendranagar, Surkhet. Interested students, faculties and researchers can send their abstract to khadkadeba@yahoo.com. Abstract submision deadline is Friday, September 16, 2016. The conference topics will be divided into following […]

Isn’t it exciting when you know the second man on the moon Dr. Edwin Aldrin a.k.a. Buzz Aldrin is here in Nepal? He arrives in Kathmandu on September 4, 2016 and will be deliver two public speeches during his stay in Nepal. During his stay in Nepal, he will visit Lumbini, birth place of Gautam […] 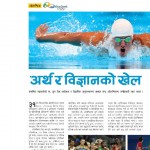 A brief post today.  Following is my recent article on the importance of, mainly, Physics in Olympics and in general on any sports. It is originally taken from my blog post and was published in the Himal weekly (23rd Aug 2016 edition). As always feel free to leave your comment or tweet @pythonomer .    Source: […] 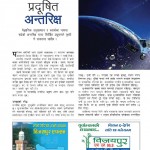 In case the space fancy you here is my recent article on the topic published in the current edition of the HimalKhabar. This was also originally posted in my blog. Hope you enjoy. If there is any special astronomy/physics related topic you want me to write in Nepali please suggest in the comment box below. […]

We are pleased to announce our Third National Astronomy Olympiad 2016 (NAO2016) Closed Camp during August 21-31, 2016! The closed camp will select the top five students as the winners of NAO2016! Twenty-one students who managed to perform their best during our rigorous evaluation process such as selection exam, interviews and pre-closed camp will be […]

The Celebration Co-Ed from Jorpati, Kathamandu, Nepal successfully conducted the 8th National Water Rocket Competition 2016 on Saturday, August 13, 2016. Students from 25 schools in Kathmandu valley and Chitwan mainly from junior high school years and High school freshmen and sophomores had participated in the Competition. The event was organized by Nepal Nepal Scientific […] 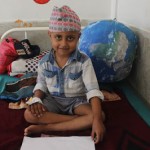 A report from Women in Astronomy Nepal (WIAN): It was a cold morning in Kathmandu when six members of newly formed Women in Astronomy Nepal-WIAN woke up with a beautiful thought i.e. “Universe is for everyone”. Sabnam Shrestha, Denisha Sapkota, Shisham Adhikari, Shikha Pandey, Shilpa Bhandari and most importantly backbone of WIAN Manisha Dwa were […]

We are pleased to announce the twenty-one students who will participate in the upcoming closed camp program of Third National Astronomy Olympiad Nepal 2016 (NAO2016). Selected students screened through different stages during First Selection Round and Pre-Closed Camp. Selected students represent total of 11 different colleges from three different cities of Nepal: Chitwan, Kathmandu and […]

-Rishi Shah Since time immemorial, Mars has always been gripping human imagination and attention with its blood-red hue and for playing fascinating role in mythology and for demonstrating the stunning success of landing objects on its sprawling dusty expanse, for investigating it meticulously and for searching alien life on it. In recent times, Mars has […]